There had been rumors that cult-classic Hocus Pocus could be in for a sequel. Rumors spread like wildfire in Hollywood and for good reason. The 1993 hit spooked hearts and minds the world over.

With sequels so common nowadays, it’s no wonder people have been so excited about a potential release. The only oddity is that it’s taken nearly 30 years for discussions on a possible sequel to surface.

Will Hocus Pocus 2 Be In Theaters?

The original movie follows three sisters in Salem, Massachusetts, on Halloween night. The plot centers around the hapless trio being bought back to life by a teenager who had just moved into town.

The sisters, who are witches, spend most of the movie trying to become immortal by using magic on people from the town. It’s a rollercoaster of a ride with a stellar cast that includes Sarah Jessica-Parker in a starring role. With love interests and a talking cat, the original movie oozed a genuine character with a belly-full of laughs.

Disney Plus has indeed confirmed that a sequel is very much in the works and even has a release date. The movie is due to be released on 30th September 2022, plenty of time ahead of Halloween. Rather than hitting theaters, Hocus Pocus 2 is due to go straight to streaming.

And it makes sense. In 2021, the original movie, which was re-released, was the most streamed movie of the year. Given the numbers the sequel is likely to generate, it should come as no surprise that Disney Plus wants to capitalize on lucrative streaming numbers.

Some 29 years after the release of the original, Hocus Pocus, the infamous Sanderson sisters, played by Sarah Jessica Parker, Bette Midler, and Kathy Najimy, are back with a vengeance and ready to unleash more terror in the town of Salem.

Disney Plus has released a first-look trailer that will only get fans all the more eager to watch the hotly anticipated sequel.

So, dust off your book of spells, have your stew on standby, and get ready to be bewitched like never before. 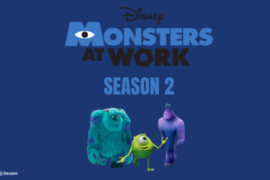