Last Updated on 2 months by

The Tick had gotten the big-screen treatment twice before 2016 when Ben Edlund decided to bring his creation to life himself. Being that Edlund was the original creator of The Tick comic book, he seemed to be the perfect man for the job. Yet even with rave reviews for seasons one and two, Amazon Prime decided to drop the hit cult show. Leaving many fans to wonder if there was ever going to be a The Tick Season 3. The finale of Season 2 left so many unanswered questions like: Is The Terror coming back? Did The Tick finally say Spoon? And Can Lobstercules clean up her legal trouble? All that and more was promised in the third season, but it seems as though the bizarre blue hero is in TV limbo. 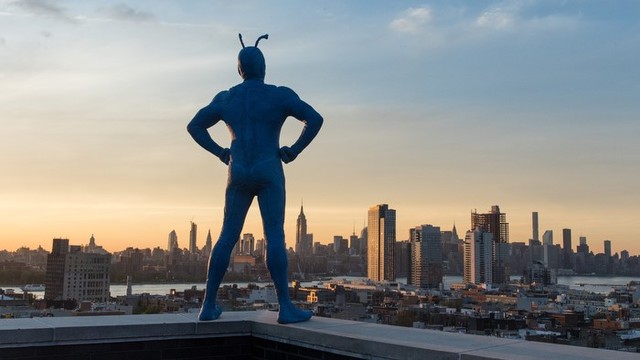 Unfortunately, there currently is not a The Tick Season 3 release date. After being dropped by Amazon Prime, no one has stepped up to save the hit show, and it is fair to say that The Tick is officially canceled. However, plenty of TV shows have been saved from being canceled in the past, so there is some hope for The Tick.

Will Netflix Pick Up Season 3?

While Netflix was talking about picking up The Tick in 2019, they decided not to go ahead with the project, so sadly it will not be coming to Netflix anytime soon.

Will Amazon Prime Pick Up Season 3?

Amazon aired the first two seasons of The Tick but decided not to follow through on The Tick Season 3 because of a decline in viewership and ratings despite the fact that the show has great reviews on both Rotten Tomatoes and IMDb. 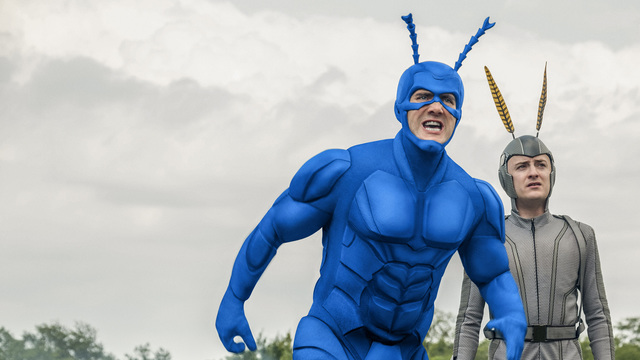 Despite the grim future of the show, there is still hope that someone will be willing to produce The Tick Season 3. Plus, there’s a rumor that the show could become a comic series that picks up where Season 2 left off. So here’s everything you need to know about The Tick in preparation for wherever it ends up.

Is Arthur Everest The Tick?

No, Arthur Everest is not The Tick, but he is the next best thing, his sidekick, and the protagonist of the show. Armed with nothing more than a winged supersuit, Arthur is the brain to The Tick’s brawn.

Is The Tick Arthur’s Dad?

No, Arthur’s Dad was killed by The Terror when Arthur was a young boy. His Dad was killed when the Terror used weaponized syphilis to blind the original Flag Five, and their ship crashed into him while Arthur was getting ice cream across the street. Arthur only met The Tick when they were both spying on The Terror and bumped into each other years later.

Is The Tick Arthur’s Imagination?

Arthur suffers from mental problems, leading many to believe that The Tick is just a figment of his imagination. But this gets disproven when Arthur’s sister, Dot, tells him that she can see The Tick too, meaning that our antenna-clad hero is 100% real.

Lobstercules seems to be the big bad at the beginning of Season 2, but it turns out that she was being mind-controlled by Doctor Agent Hobbs all along. Once Arthur and The Tick free her from the Doctor’s evil grip, she switches sides and fights for good. The last we see her, she is renting the back of Flexon’s houseboat with her many lobster children and is trying to clear up her legal troubles.

“Spoon!” The loveable catchphrase of our kooky hero is, of course, “Spoon!”. Surprisingly, the catchphrase actually comes from the mid-90s cartoon and not the comic books. While this catchphrase is a staple in past iterations of The Tick the titular character only says it once in the Amazon Prime show. It’s in the very last scene of Season 2 when The Tick and Arthur are running off to fight more crime.

Is The Tick an Avenger?

The Tick is not a Marvel character, meaning that his invitation into the Avengers is a long shot. That said, crossovers are not uncommon in comic book history, so there is hope that The Tick may someday become one of “Earth’s Mightiest Heroes.”

While he may not be an avenger, he is a member of The Flag Five, which is the City’s equivalent to the Justice League and the Avengers.

Who is in The Flag Five?

The original members of the Flagg Five were Christian Solider and his talking dog Onward, Mighty Atlas, Sedona, Uncle Samson, and Straight Shooter (who would eventually turn into Overkill). After the original members died at the beginning of season one, the team remained inactive for many years. Eventually, Ty Rathbone reinstated it in season two and built a whole new team.

This new Flag Five now has The Tick and Arthur, but its other members include: Sage who is known for his third nipple in the middle of his chest and his ability to wield the magic of the ancients, Joan of Arc who has the ability to shoot lightning bolts and is really just Miss Lint in disguise, and Bronze Star whose powers are unknown, but he is made entirely out of bronze.

Is The Terror Coming Back?

At the beginning of the last episode of Season 2, titled “ Choose Love!”, we hear that the government is in talks of unfreezing The Terror so that he can stand trial. Seeming to imply that Arthur’s greatest enemy would make a possible return in The Tick Season 3.

How Many Seasons is The Tick?

So far, The Tick only has two seasons. That said, there is another live-action TV show from 2003 and the animated show from the mid-90s if you are itching for a Tick fix.

Where was The Tick Filmed?

The majority of The Tick was filmed in New York City, which stands in for The Tick’s The City. 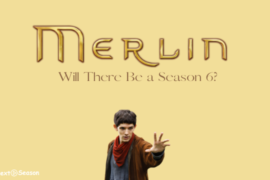 Merlin Season 6 | Is It Renewed or Canceled