If you are a fan of fantasy TV Shows like The Witcher, but want a TV-14 version of it to watch with your family, The Shanna Chronicles will suit you just fine. The Shanna Chronicles (2016–2017) first aired on MTV on January 5, 2016. The show is based on a fantasy novel series by Terry Brooks named The Sword of Shannara. It has an IMDb rating of 7.2 (any show with an IMDb rating of 7 or above is worth giving a try, trust me), 79% on average Tomatometer, and 81% on average audience score according to Rotten Tomatoes. If you’re already a fan, then you might be wondering about the status of The Shannara Chronicles Season 3. 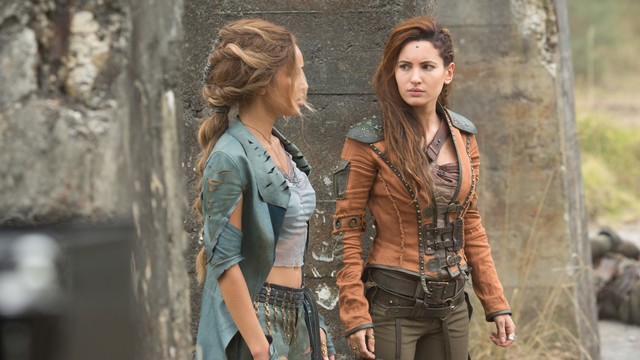 At the time of writing, there is no Shanna Chronicles Season 3 release date, as it has been canceled by Spike TV. The show currently has a total of two seasons each containing ten episodes. Each episode has a duration of 42 minutes approximately. Sadly, the show was officially canceled by Spike TV in February 2018, and since then, no other TV network picked up the show to continue it.

Why Was Shanna Chronicles Canceled?

There are a lot of reasons behind the cancelation of this show. The first season of The Shannara Chronicles was aired on MTV and it received a pretty good rating and response from the viewers. MTV even renewed the show for a second season but the executives thought ‘It’s time to get a little bloody and dark.’ So they moved the show from MTV to Spike TV (a branch channel of Paramount Network) because the primary audience of MTV are high schoolers and college students who might not be the preferable audience for the dark content of Season 2.

And this was a huge mistake. The rating and viewers’ response for Season 2 was very poor.

It was in 2017, people were already hyped about Game of Thrones Season 7 after its season finale ended with that devastating cliffhanger. So noticing the downgrade of The Shanna Chronicles, Spike TV decided to cancel the show officially.

Will Netflix Pick Up The Shanna Chronicles?

The Shanna Chronicles is now available to stream on Netflix but that does not necessarily mean Netflix will pick up the production for Season 3. Especially since some big, popular, and original projects will be hitting the platform this year like Sex Education Season 4 and The Sandman Season 1. I think it’s better not to get our hopes up for The Shannara Chronicles Season 3. 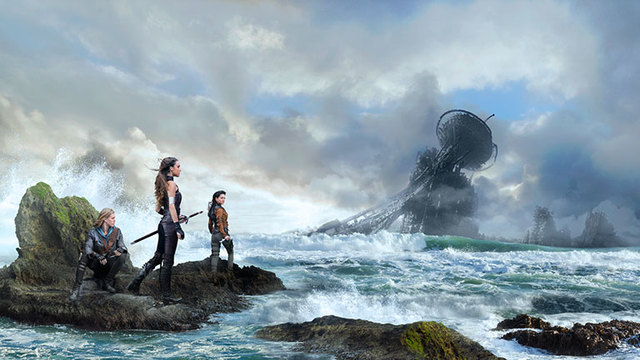 Does It Have Romance?

Not only does it have romance, but it also has a love triangle between the three main characters of the show— Wil Ohmsford, Eretria, and Amberle Elessedil. Though the relationship between Wil and Amberle started as platonic, it soon turned into something romantic after Wil started to show romantic interest towards Eretria. Jealousy changes a woman’s heart, what more can I say?

How Many Shanna Books Are There?

There are a total of eight Shannara books published till now. Here is the list according to the release dates:

The first book of the Shannara series, The Sword of Shannara (The Original Shannara Trilogy #1), came out in 1977, whereas the first Witcher book (Blood of Elves) was published in 1994, and A Game of Thrones came out in 1996. See what I mean? The story of Shanna Chronicles came out almost two decades earlier than two of the most famous TV shows of the current time.

Who Does Wil Ohmsform Marry?

According to the book The Wishsong of Shannara, Wil Ohmsform marries his long-term partner Eretria, the rover girl. They even end up having children.

Yes, Wil in fact loves Amberle. But the book readers might want to disagree. Though there was indeed a hint of a love triangle, the feeling between Wil and Amberle was never very explicit. But in the show, Wil is completely in love with Amberle, he even confesses to her about his feelings.

Who Does King Ander Marry?

King Ander ends up marrying Lyria. Lyria is a bisexual character who also had some romantic feelings for Eretria but decided to marry King Ander to serve a glorious purpose. Though the couple is not in love, they have a great mutual understanding.

Who Is the Chosen?

In the universe of The Shanna Chronicles, there is a beautiful ancient tree named Ellcrys. This very tree has sealed all the demons in the world within her leaves. That means for every leaf that shades from Ellcrys, a demon will emerge. In order to protect the tree and keep the four lands safe, a group of elves is chosen every year. Each member of this group is called the Chosen, which is a great honor to be, by the way.

Does Amberle Come Back?

Amberle comes back one more time to Wil in the Season 2 finale just to say goodbye. She explains why what she did was need to be done. It was a bitter goodbye.

How Far in the Future is Shannara?

The whole setting of Shannara might seem ancient, but the story of the Shannara Chronicles is approximately two thousand years ahead in the future.

Where Was It Filmed?

The Shannara Chronicles was filmed in New Zealand, the same place as Lord of the Rings, another classic fantasy movie series. So, yes, the show is visually stunning and very easy on the eyes.

I know it is not easy to recover from when your favorite show gets canceled. I am very familiar with the feeling, trust me. Though there likely won’t be a The Shannara Chronicles Season 3, the finale gave us some closure. So let’s look at the bright side instead, and you can always read the books to know what happened after the story ends in the series. Happy Watching! 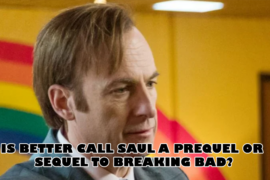 Is Better Call Saul a prequel or sequel to Breaking bad?