South Park is a crazy animation series that received lots of love from the fans. And almost all of them have loved the character Stan Marsh’s dad. His craziest ideas in the show have made some dynamic scenes in South Park.

In this article, we will talk about a few interesting facts about this extremely insane father figure.

So, let’s get started.

What Is The Name of Stan Marsh’s Dad?

Stan’s father’s name is Randy Marsh. Randy Marsh is the only son of Marvin Marsh and Grandma Marsh. He married Sharon and has Stan and Shelly as their kids. Since his first appearance in the series, he is 45 years old.

To justify the crazy plot of South Park, the author created Randy Marsh. This character was based on a real-life personality. It is often said that the voice actor for Randy Marsh, Trey Parker’s father, was the inspiration for this character.

Randy Marsh’s personality is quite unstable in many cases. Even though he was smart and sober at the beginning, he started doing idiotic and sometimes violent stunts in public places, later in the series like beating someone in the football match. And most of the time, he never listened to his son Stan or wife Sharon.

Is Randy Marsh A Drug Addict?

Well, not all the way to becoming an addict. But to fuel his weird character, the author also added alcoholism and addiction to Marijuana. Randy is not always drunk, but when he drinks, that is the end of the world. He even killed people with his drunk driving, lost his job once, and did all the crazy stuff in front of kids.

Moreover, his love for Marijuana has no bounds. Once he went to the doctor to prescribe medicinal marijuana and the doctor rejected it. After that, he started doing stuff that can cause cancer so that the doctor can prescribe him the weed.

In the career path, Randy surely had a bumpy ride. He changed several jobs and often he did that to annoy his kids and family or for the sake of complete fun.

At first, he was a local geologist. After that, he became a singer and guitarist because he is pretty good at it. Furthermore, after changing cook, Broadway director, and many other works, he finally started his own Marijuana farm!

Well, if you know nothing about South Park, I hope this article is an eye-opener for you to understand what to expect. This series is full of fun because of characters like this.

If you haven’t watched the show yet, Catch it now on HBOMAX.

I know you will love Stan Marsh’s dad. But think twice before watching it with your kids. 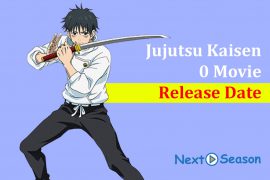