Last Updated on 4 months by

Are you a fan of South Park? Since you are looking for Stan Marsh Birthday, I guess you definitely are a die-hard fan of this adult animated sitcom.

Stan Marsh’s birthday is on October 19. And the amazing fact is that the voice actor and co-creator Trey Parker has the same birthdate as Stan.

How Old Is Stan Marsh?

One of the lead protagonists, Stanley Marsh or Stan was an 8-year-old boy in the town of South Park. As the aging theory of the animation doesn’t follow the rules of the normal world, it is hard to tell his actual birth year. But some crazy fans actually did their research and stated that it can be 1998.

However, in Season 15, Episode 7, Stan and his friends did celebrate his 10th birthday. And like his previous birthdays, this one was full of surprises as well.

What Happened On Stan’s 10th Birthday?

Stan and the boys went to Whistlin’ Willy’s to celebrate Stan’s birthday. As usual, they cut the cake, wished him Happy Birthday and gave him presents that he wanted for a long time.

At first, one of his friends gave him a red box and at the same time, Eric wanted his gift from his mother as well.

Stan’s friend started wondering why Eric was getting a present when it’s clearly Stan’s birthday. Then Eric’s mother explained that he would get upset when someone else got a gift but he doesn’t.

This incident was quite disturbing when Stan got the Legos as his birthday present whereas Eric got a racing game from his mother.

What Was Stan’s Favorite Birthday Present?

One of Stan’s friends gave him a Twin way Music Album and Stan loved the present because he is really into music. But his mother took the album from him as she doesn’t want him to listen to this kind of music.

However, later in this series, Stan and his friends: Butters, Kenny, Jimmy, Kyle, and Cartman formed a music band named Crimson Dawn.

Before moving to Tegridy Farms with his parents, Stan Marsh was happy with his friends in South Park. But after shifting to his father’s marijuana farm, Stan’s birthday was celebrated with cakes made with weeds that taste terrible.

Well, Stan Marsh’s birthday episodes were always epic both in his house and with his friends. And his friends like Eric and his father Randy Marsh never fail to spoil the fun every time.

Now all of Stan’s fans can only wait for the next season to come so that we can have more of Stan and his crazy neighborhood.

Does Tatsumaki Know How Strong Saitama Is?

Is Garou Stronger Than Bang? 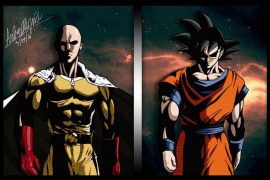