With the new season, came new anime. And like every other season, some stood out more than others. One such anime, with a plot more unique than the rest is “Uncle From Another World”.

This show has been gaining immense popularity amongst the anime community. Some love it for its comedy, while others for its plot. But is this show really worth watching? Should you really invest your precious time in this show? Well, we have the answer. Here is everything you need to know about this show. So let’s begin!

What is “Uncle From Another World”?

The manga serialization of this anime began back in November 2018, with a total of seven chapters released till date. However, its Japanese broadcast just recently began on AT-X on July 6th, 2022. And released on Netflix this season with a total of 4 episodes so far. Its latest episode is delayed till 17th August due to COVID-19. This is a fairly recent anime with an IMDB rating of 7.5 out of 10.

Each episode is the generic anime 24 min length, featuring some extremely talented voice actors from various other popular anime like Jujutsu Kiasen, My Hero Academia and One Piece, to name a few. Takehito Koyasu, for example, is one of the most instantly recognizable voices of anime thanks to his roles as the Beast Titan, Zeke, in Attack on Titan, and the villainous Dio Brando in Jojo’s Bizarre Adventure.

The series follows Takafumi’s uncle, Yosuke, who previously fell into a coma after getting hit by a truck at the age of 17. While in the coma, he was transported to another world, Granbahamal, as a heroic guardian.

Uncle wakes up after 17 years in coma, into an entirely changed modern world where he’s invited by his nephew, Takafumi, to live with him. Takafumi is beared with the responsibility to update and help his uncle survive and understand the new place and its evolution over the two decades: internet, cellphones, fast media, new cars, etc.

But soon he begins to notice Yosuke’s strange behaviors after claiming he transferred to another world during his comatic years: unrecognizable language, video games obsession, modern anime trop and the traumatic outcome of the ’90s console war.

However, most shocking of all, are his magical powers. Takafumi believes he can make money off of YouTube by showing his uncle’s bizarre tricks to the world. While living with his uncle, Takafumi learns of his fantastical adventures and his boundless love of SEGA video games.

But at times, his uncle’s lonely and cruel experiences fill Takafumi with both joy and sadness. They are soon joined by Takafumi’s childhood friend Sumika Fujimiya, and both spend the days helping uncle adjust to modern society while also watching his memories of the other world.

The plot synopsis makes it abundantly clear what this show is all about. The manga is a huge hit in  Japan, and the show is likely to follow the same path.

The anime received over 1,100,000 views on its second official trailer within just one month of being posted on AniTv Youtube Channel.

Let’s fairly analyze the plot to state an honest review and suggestion. Watching this anime highlights the struggles the adult and the younger generation face in trying to bridge the gap amongst each other and their technological knowledge and usage while also providing insight into the different ways Takafumi and Yosuke make it happen. This is a fairly good spin on the normal Isekai genre, which gives it a unique flavor.

Is ‘Uncle From Another World’ worth the time?

It is a relatively fun show that parents can watch with their children, preferably in fact, since the show contains some adult content too. Recommended age group stretches out to students too who’re fighting to find a way to earn some money for themselves, as the anime’s protagonist himself struggles through the same situation.

Uncle from Another World or Isekai Ojisan, also shows scenarios of extremely dense natured boys receiving obvious signs of love from his crush, or unrequited love, if you prefer to name it.

How many episodes have been released so far?

Answer: So far, 4 episodes have been released. The next ones have faced a slight delay, but will eventually grace the screens.

When will the next episode be released?

Answer: The estimated release date for the next episode is August 17th, 2022.

Does this show have a manga?

Answer: Yes, Uncle from Another World, is a Japanese manga series written and illustrated by Hotondoshindeiru. It started serialization on Kadokawa Shoten’s ComicWalker in June 2018. A total of seven volumes have been released so far.

All in all, this one show with seven volumes released so far is a betting piece, serving multitude of concepts altogether, offering a complete entertainment. Chapter 8 is just a few weeks away. So create a cozy atmosphere with lights dimmed and room chilled, to have a new exciting Netflix anime awaiting you. 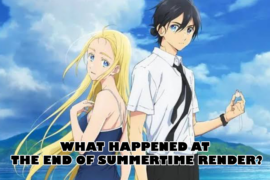 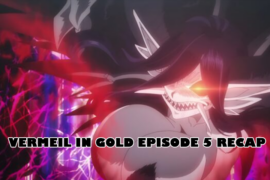