Better Call Saul is a spin-off series derived from the Breaking Bad series, a series in which the main character Walter White dubbed Heisenberg in later episodes goes into a life of crime in desperation to aid his family and himself when he finds out he has cancer.

So, is Better Call Saul a prequel or sequel to Breaking bad?

Is Better Call Saul a prequel or sequel to Breaking bad?

Better Call Saul is a spin-off series derived from Breaking Bad in which the story is played out through the eyes of Saul Goodman. A lawyer with a lust for money and a passion for making it big.

Then in Breaking Bad fashion Saul also gets consumed by a life of crime by becoming a sketchy lawyer hiding a lot of things. The show serves as a prequel and a sequel to Breaking Bad.

The show debuted in 2015 and has had a strong fanbase ever since and this year it’s wrapping up it’s sixth and final season and it could end up being the best ending to a dramatic series. Only time will tell when we get to see the finale. 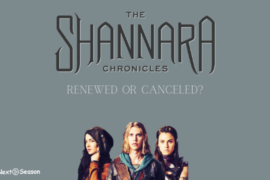